The Making of 'The Promise': The Title Track

So, we come to the title track on the album! 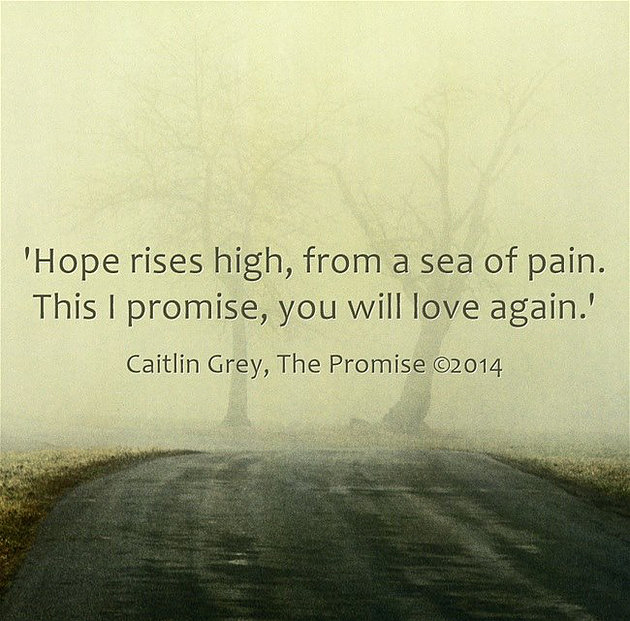 In complete contrast to the narrative-based tracks on the album, The Promise was written very much from the heart. I had written some lyrics some months back, during a time when a very, very close friend was going through a very difficult and protracted divorce. It was heart breaking to watch her suffer. As anyone who has experienced a break up knows (and we have all been there), there exists a long period of time when you feel utterly bereft. You feel you will never be happy again, never find love again and are perhaps totally undeserving of either love or happiness. The pain of rejection, betrayal and loss is just hideous, turning your life completely upside down. You wake up every morning with a sick knot in your stomach and it stays there all day. Very often, not only do you lose your life partner, but you lose your extended family too, your in-laws and also friends, who sometimes feel that they need to take sides. Indeed, the effects of one person leaving another person can be incredibly far-reaching and so you grieve for a love, and a life, that has now gone.

Listen to The Promise

'This too shall pass'.

So, I wrote The Promise for my friend, as I wanted to demonstrate that hope does literally spring eternal and our resilience and capacity to bounce back is utterly primal.

The song was written to inspire this hope, a literal 'promise' of better times to come. An affirmation that there is life after loss of any kind. We grieve, we suffer but go on. We get up in the morning and we function (just about). We cope until one day the sun is shining a little bit brighter in our hearts and we begin very slowly to feel happy again. Interestingly, writing this song was quite cathartic for me too. In fact, writing this entire album has been pretty cathartic. I've exorcised a few demons I can tell you.

This song started out as a much slower track, almost a lament actually, with no rhythm to speak of. However, given its lyrical content we felt it needed a more uplifting structure.

Musically, the melody was already mooching around my head along with the lyrics. Neil took a germ of an idea and developed it further adding counter melodies and Celtic instrumentation. We wanted it to build so we layered up the vocals and added harmonies which all took ages, I can tell you! No cheating, just good old-fashioned over dubbing….singing over and over again in order to achieve a bigger sound.

The distorted guitar solo has got to go!

Very often the middle section of any song is tricky. The verse and chorus melodies generally come quite easily as they are usually based around the same key/chords. The 'middle 8', so called because it's generally about eight bars of something different, an instrumental solo perhaps or even a completely new chord sequence, is where many songwriters come unstuck. You get your verse and chorus nailed but then comes the dreaded middle section. You know you have to take the song 'somewhere else' but nothing flows or sounds right. It can be quite a bugbear! With The Promise, we tried a few different middle 8 variations before settling on the one you hear in the song. Yes, it went though quite a few changes. At one point we even had an electric guitar solo in there….eek! I have to say, it was a great solo as Neil is brilliant on the electric guitar. Poor Neil never gets to rock out working with me...never mind Neil...one of these days! Suffice to say, it didn't work within the context of this song so we wrote parts for Irish whistle and violin working in a dialogue with each other and interwove the melodies.

To further build the song and add impetus, we very slightly increased the tempo from the middle onwards to give it that 'climactic' ending.

To begin with, The Promise was never intended to be the title track. In fact, our original working title was Return to Avalon, a track which, in the end, was not actually finished in time to put on the album so we couldn't use it.

So when we were deciding on what to call the album, The Promise was a good strong title and as it's the most 'hopeful' song on the album, it seemed like the natural choice.

'This I promise, you will find a way.'